Greenville Spine Institute and Dr. Kevin P. Lewis use the Gonstead system to locate, address and fix the problem areas (areas of subluxation). We take great care to ensure a bio-mechanically correct position and precise thrust to provide the most accurate and painless adjustment possible. It is our goal is to restore and maintain optimal health by locating and correcting any interference to the nervous system caused by vertebral subluxation.

Find the subluxation, accept it where you find it, correct it and leave it alone.

What is Gonstead Chiropractic?

Science and biomechanics are the foundation of Gonstead Chiropractic. Named after Dr. Calrence Gonstead, this approach is one of the most popular methods in the country.

The Gonstead Chiropractic approach focuses on hands-on examinations and precise adjustments. The major difference in the Gonstead method is the attention to detail and focus on natural healing. We go beyond a typical spinal assessment. Assessments are thorough and the goal is always to fix your problem the first time.

There are five essential components of the Gonstead method.

We make sure we understand your health history and what’s important to you before offering a solution. Understanding current health problems and injuries help determine exactly where you need adjustments.

First, we use a Nervoscope to detect any uneven distributions of heat along the spine. This allows us to determine where there is inflammation caused by nerve pressure. By using the Nervoscope we can both detect issues and see how you are improving.

During the static palpation, we will feel the spine in a stationary position. We will feel for things like swelling, abnormal texture, tightness, tenderness, or temperature.

During motion palpation, we will feel the spine while you are moving or bending. Feeling the spine with our own hands is crucial to identifying problem areas.

X-rays allow us to confirm what we’ve found through palpation and instrumentation. Through the use of specific static and motion study X-rays we are able to see the whole structure of the spine. The Gonstead method has very specific criteria for X-rays. We perform full spinal X-rays using a 14”x36” image, which allows us to identify the primary issue, and adjust accordingly.

Learn More About the Gonstead Method

“It is amazing what one adjustment can do if applied right.”

“The right number and kind of adjustments can set the stage for nature to heal; too many adjustments in the wrong place can undo any good that was done and slow down the healing mechanism.”

“The principles of the Gonstead Method are the simple principles of chiropractic put to work; how to understand what causes nerve pressure, how to find it on the patient, how to achieve a corrective setting of the offending vertebra, and how to know when the chiropractor’s job is done, and nature’s begins.”

“Spend all the time necessary to carefully and precisely find and correct a patient’s problem. Do not be in a hurry. Check and recheck your x-ray, your palpation, instrumentation, motion palpation, and visualization.”

Who was Dr. Gonstead?

While he was attending trade school he developed acute rheumatoid arthritis. The swelling and pain in his toe was severe. Even though he had university doctors working on it, he was unable to find relief. Finally, an aunt sent him to a chiropractor named J.B. Olson. Dr. Olson relieved his pain and changed the course of Gonstead’s life.

Gonstead saved for chiropractic school while working as an automotive engineer. After he completed school he went on to work with Dr. Olson for several years. Several years later, he started his own practice in Mt. Horeb, Wisconsin. It was here that he developed his technique for treating spinal misalignments. His work as an engineer was helpful for his approach to treating patients. Gonstead took a scientific approach to chiropractic. He believed in a thorough evaluation of a patient before making any adjustments. He also stressed the importance of hands-on evaluation. He believed there was no better way to diagnose spinal misalignments than with a pair of skilled hands.

Dr. Gonstead’s thorough, hands-on approach was what made him the most successful chiropractor in the country. People would travel from all over the MidWest for his treatment. His popularity grew to the point where other doctors were wanting to learn from him. So, he held classes and training seminars to help chiropractors learn his method. By the 1960s the Palmer School of Chiropractic, one of the top chiropractic schools in the country, incorporated the Gonstead method as the foundation for their curriculum.

Today Gonstead’s chiropractic is still one of the most popular techniques in the country.

At Greenville Spine, we believe you deserve the best treatment possible. Our goal is to figure out exactly what is causing your pain and correct it so that you can get back to enjoying your life. Dr. Gonstead believed in fixing the problem to ensure the best result possible and we do too. We believe in providing lasting results, not just temporary relief.
That is why we use the Gonstead Chiropractic technique.
Learn More About Greenville Spine

You can expect a compassionate listening ear to find out what is most important to you and your goals. We will complete a very thorough examination using the five criteria of the Gonstead technique. Next we will complete detailed motion study X-rays so that we can see the cause of your health problem, how much function has been lost and determine the correct treatment plan to get you back to enjoying what is important to your life. Achieving your health goals is our passion. 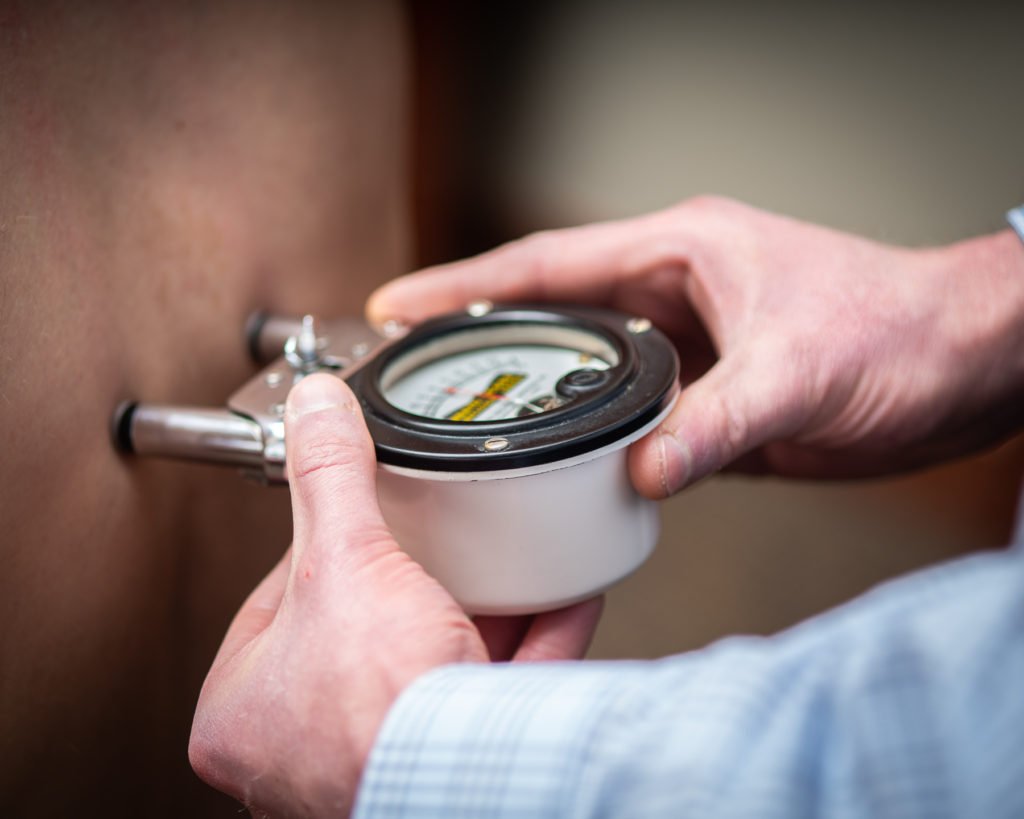 What Our Patients Are Saying

I was in such overwhelming pain, I couldn’t even sit for my first two appointments. After just a few adjustments, Dr. Lewis had relieved the pain and allowed me to regain a range of motion I thought I had permanently lost. The staff is competent and extremely friendly! I couldn’t be happier with the care I received!

Dr. Lewis is a practitioner that truly cares about his patients. He readily answered all my questions and put my anxiety at ease. My hip pain was significantly reduced quicker than I expected. I highly recommend Dr. Lewis to anyone in the Greenville area looking for a chiropractor.

He also has the best office staff 🙂

Dr. Lewis was recommended to me by someone who has been going to him for quite some time. I had been experiencing lower back pain after having my 2nd child and the pain was not getting any better. After some x-rays, stretches, and various exercises, Dr. Lewis came up with a specific treatment plan that would help the root cause of my pain. I have been seeing him since December and I have felt so much better in this past almost two months than I have in a very long time. His staff is incredible and treat you like you are the only person there from the moment you walk in the door to the moment you walk out. I am so thankful for him and his staff and all of the hard work they put it on a daily basis. I cannot recommend them enough!

I feel better than I have in years! I can stand, walk, sit, lie down and even eat better. Being treated for my posture, balance, pain and TMJ can seem daunting, but the staff are extraordinary at their jobs. I feel welcome as soon as I walk in the door 🙂

Are You Ready to Solve Your Spinal Problems and Finally Get Your Life Back?